Explanation of the tournament mode of the Golden Bow of Basel

An innovative final mode has been developed for the 47th Golden Bow to allow all participants a maximum number of final matches and to keep the tension high until the end. Men and women will shoot the finals together, but there will be a separate ranking at the end.

(for detailed information see below) 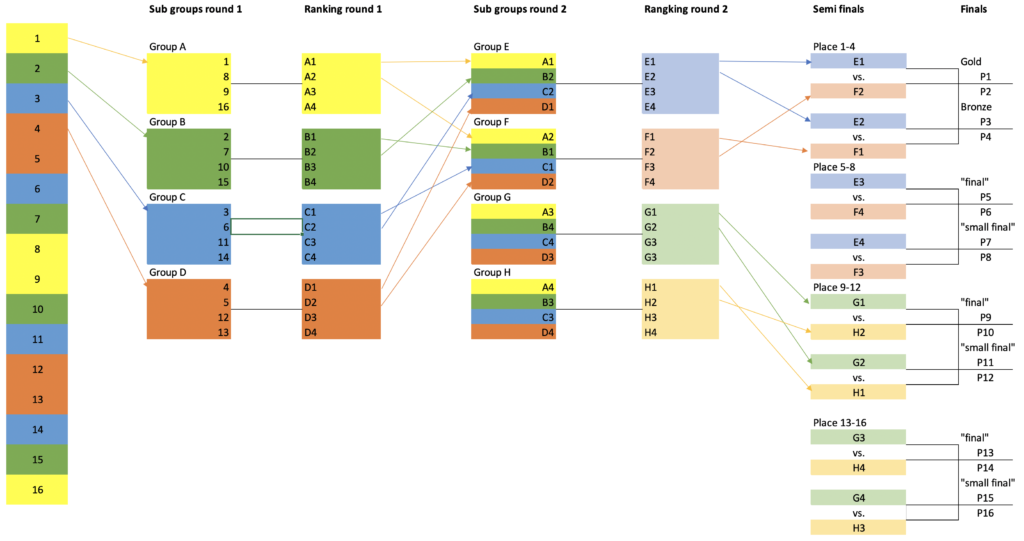 Within a group of 16, four sub-groups are formed. 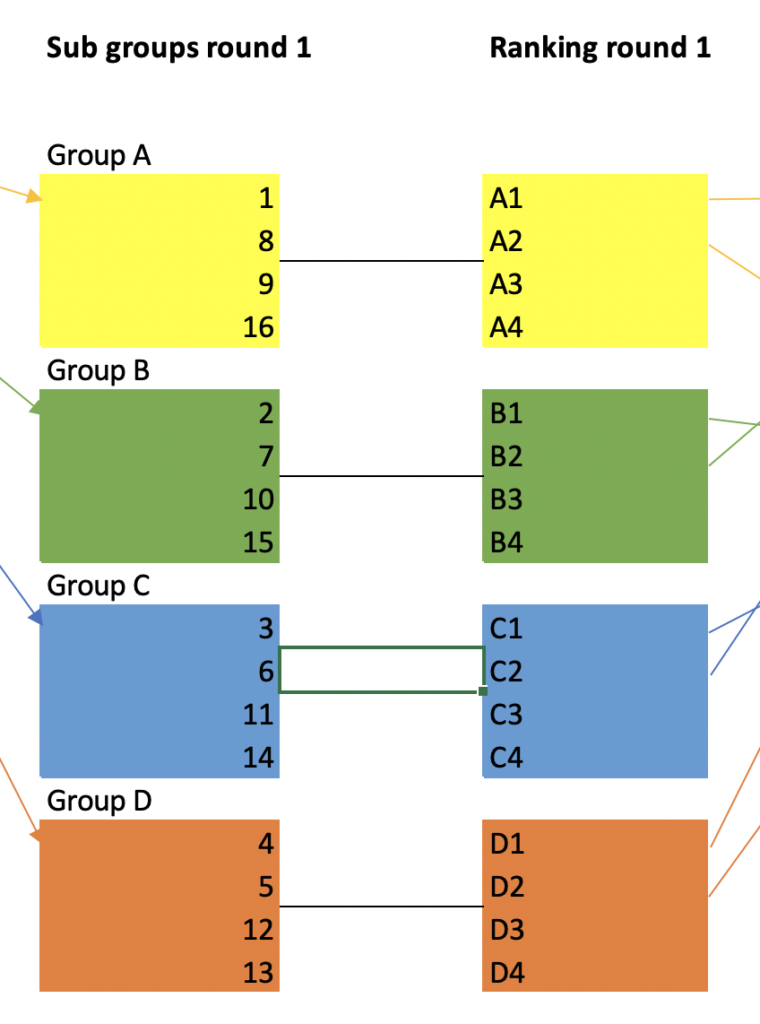 Within these sub-groups everyone now shoots against everyone. After these three matches, there is a ranking list within the groups A-D, on the basis of which the second group phase is formed. 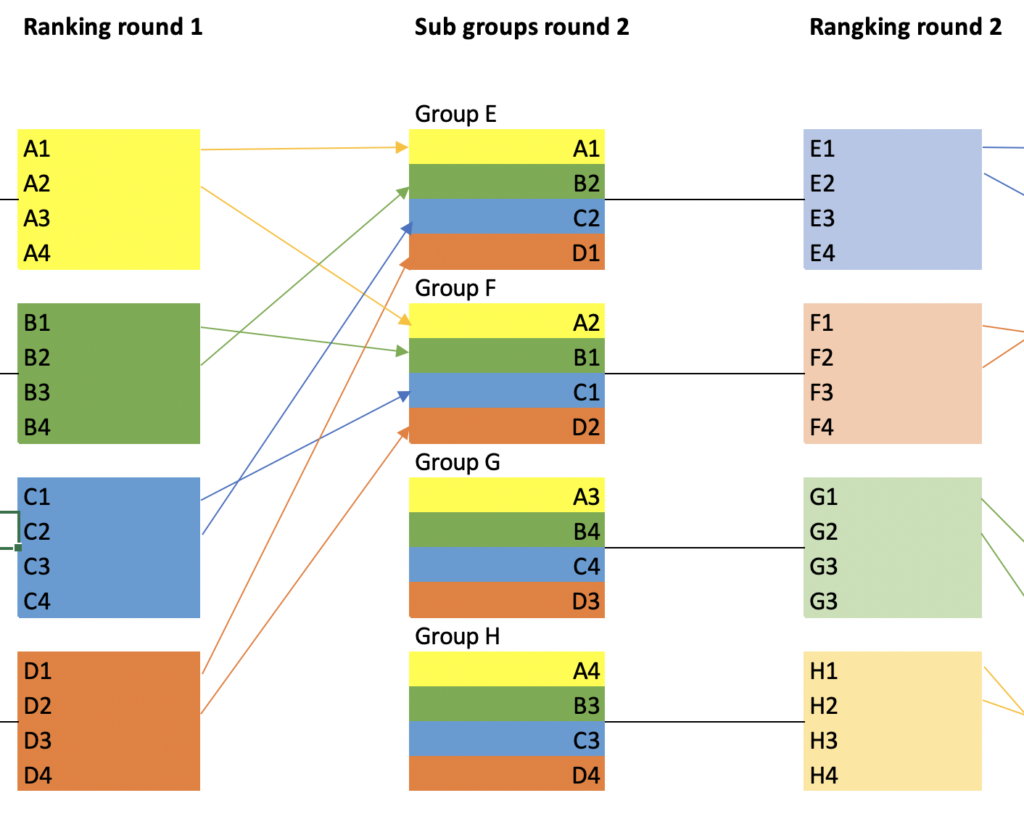 Again in the new groups everyone shoots against everyone. Based on these results the pairings for the final matches are formed:

In any case the german version is binding.